Samuel Pepys penmanship is remarkable.  Written between 1660 and 1669, Pepys diary is an invaluable source for the Great Plague (1665-6), the Great Fire of London (1666) and the English Restoration period in general. It is also a monument to extraordinary penmanship. With no use of guide-lines or ruled backing sheets, Pepys writes in neat, horizontal, evenly-spaced lines. Only a few ink blots mar the perfect manuscript: Pepys presented to the world a neat and tidy manuscript that had something of the qualities of a printed book.


The diary was written in six volumes comprising paper of different quality and texture (some thick, some opaque, some very thin), the pages have margin lines in red ink, and the ink Pepys used varies from "heavy black" to "thin brown", though I suspect that this may have been the result of later ink corrosion as Pepys must have also used iron gall ink. Each page contains 24-28 lines.

Pepys used shorthand both for convenience and concealment. The manuscript drafts that survive (and which are not so neat) often resemble palimpsests with longhand superimposed on shorthand using different density inks. The variations in the written characters have to do with the use of freshly-cut quills or blunder ones. 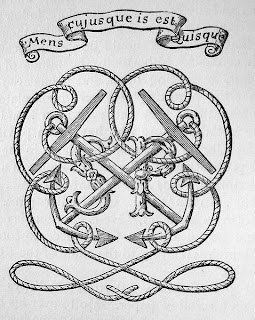 In the era of nibs, penholders, ink pots and blotting papers, Samuel Pepys acquired a rare instrument. On 5 August 1663, he writes in his diary:


"This evening came a letter about business from Mr. Coventry [Sir William Coventry] and with it a silver pen he promised me to carry inke in, which is very necessary".


On 11 May 1668, he mentions a "blacklead" with which he took down the words of the Echo song from Shakespeare's Tempest at the play interval. This "blackhead" must probably have been either an early leadholder or a wood encased pencil which was perfected through the 17th and 18th centuries. John Smith "deciphered" Pepys diary putting it in plain English between 1819 and 1822. The complete diary was published in eleven volumes in 1893.

See The Diary of Samuel Pepys online: Daily entries from the 17th century London diary, run by Phil Gyford. The blog won Guardian's Best of British Blogs. Also the introduction by Robert Latham and William Mathews in The Diary of Samuel Pepys 1600, HarperCollins: London 2000. Claire Tomalin's The Unequalled Self, a biography of Pepys, won the Whitbread Book of the Year Award in 2002.