Vladimir Nabokov Pencils and the Joy of the Eye

Vladimir Nabokov did not like Freud and what he stood for. He despised the quest of Freudianism to interpret everything in terms of something else, to go behind the surface and discover or reveal the hidden. "I don't give a hoot for the esoteric meaning, for the myth behind the moth... What we have to study is the joy of the eye", he said. Nabokov celebrates "the thingness of things", the humble objects that are "microcosms of human effort and ingenuity" whose existence "opens up dizzying vistas of contigency".

Perhaps nowhere else has the pencil been described more completely than in Nabokov's Trasparent Things, a pencil 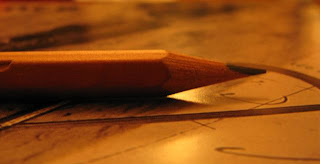 The Thingness of Things. Photo by Lito Apostolakou

"a very plain, round, technically faceless old pencil of cheap pine, dyed a dingy lilac. It had been mislaid ten years ago by a carpenter who had not finished examining, let alone fixing, the old desk, having gone away for a tool that he never found. ...


In his shop and long before that at the village school, the pencil has been worn to two-thirds of its original length. The bare wood of its tapered end has darkened to a plumbeous plum, thus merging in tint with the blunt tip of graphite whose blind gloss alone distinguishes it from the wood.


A knife and brass sharpener have thoroughly worked upon it and if it were necessary we could trace the complicated fate of the shavings, each mauve on one side and tan on the other when fresh, but now reduced to atoms of dust whose wide, wide dispersal is panic catching its breath but one should get above it, one gets used to it fairly soon (there are worse terrors)." 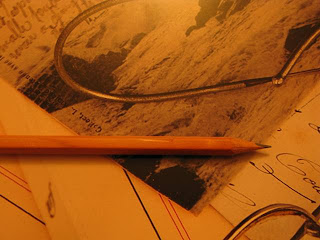 Pencil, the Joy of the Eye. Photo by Lito Apostolakou